Don't get Butt-Hurt - Get a New Seat And Enjoy Life!

A school bus is filled with seats. In trying to save money, and make our Skoolie build as easy as possible, we reused a lot of them. However the “idea” of using a 25 year old school bus seat looks more comfortable on paper than in real life. 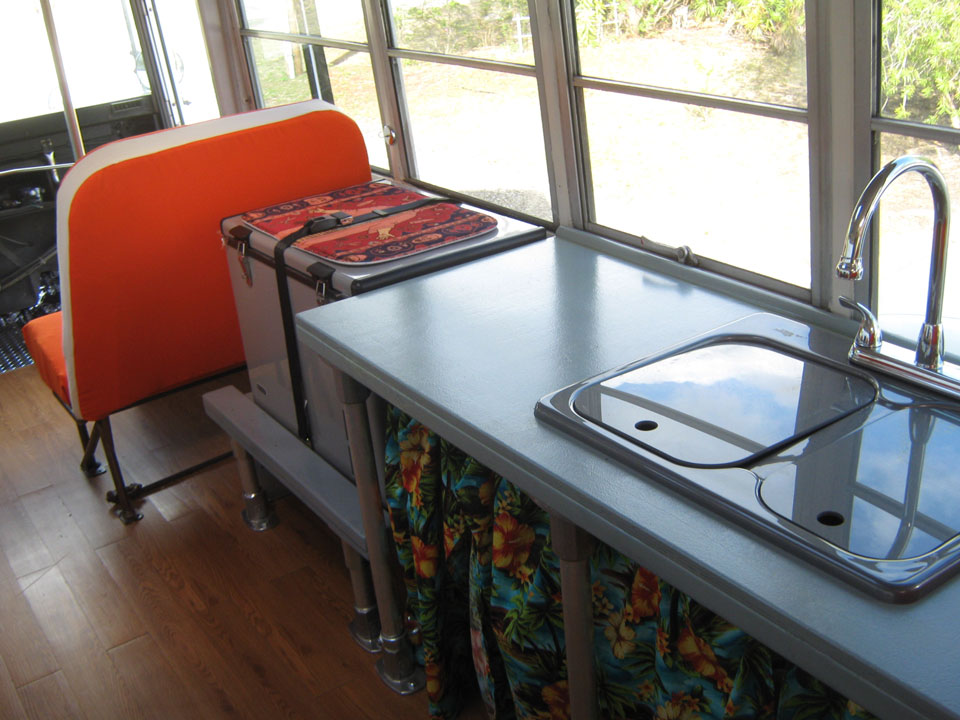 We reupholstered the bus seats we reused. So they looked nice. But the padding was still the original foam from 1995. While short day trips and even weekend trips were not a problem, long voyages was a different story.

We wanted [needed] to have a more comfortable seat, one that reclines, and has at least one arm rest. Looking online for a car seat can be a real pain in the butt (that’s a seat joke). Either people want an arm and a leg for a decent seat or they are in horrible shape.

Another problem is mounting the seat. Some cheap seats can be found but their bases are designed to be mounted on an irregular car floor. The last thing we wanted was to get involved with welding and metal fabrication. We like to keep things simple. 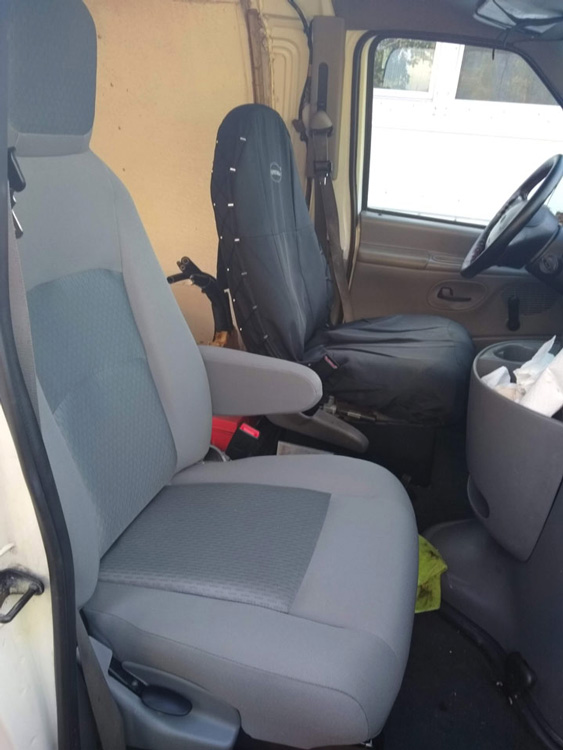 I was looking for seats for my 1999 Ford E-350 van when I came across the perfect solution. On eBay they were selling NEW passenger’s seats for just $170, which included shipping. I purchased one for my van, after installing it I decided to get a second one for our Skoolie.

These seats have a flat base, an arm rest and they recline. It ticked all the boxes. Next step was to get a swivel base. We used a standard 10 inch tall RV swivel base. We have one of these on the driver’s seat and it works well. 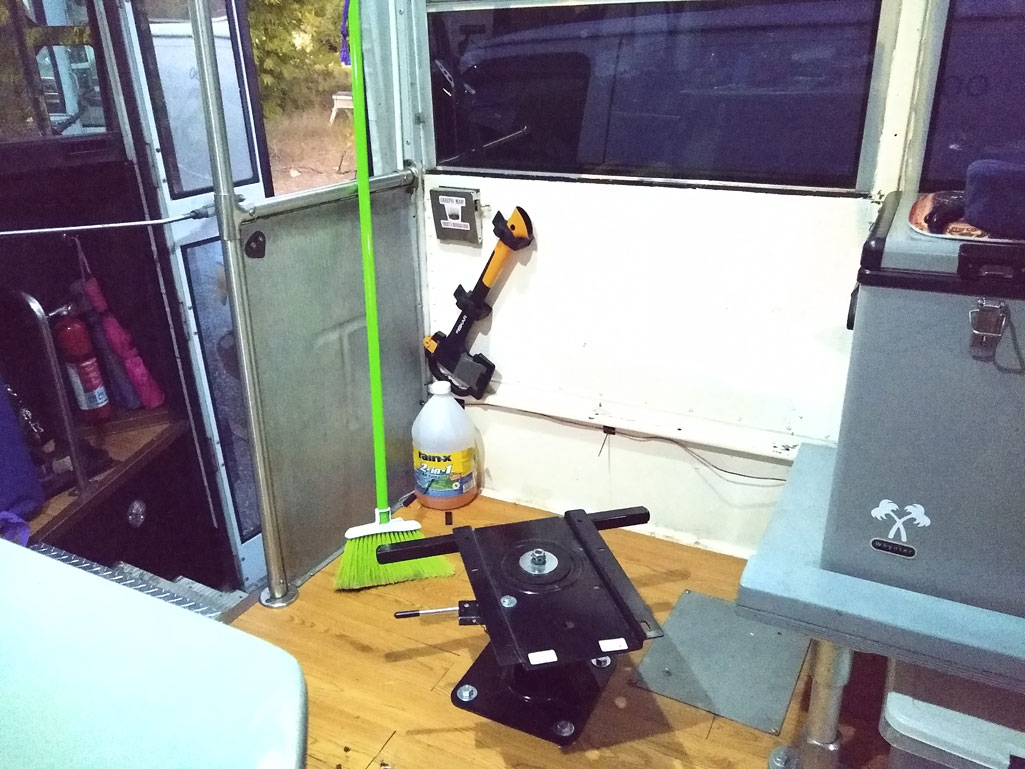 Mounting a New seat can be tricky.

The seat is located directly over the fuel tank, so access to the bolts under the bus, for the base, is a little difficult. We found that the right side bolts could be reached by going through the fuel door on the outside. The left side bolts were access by going under the bus. 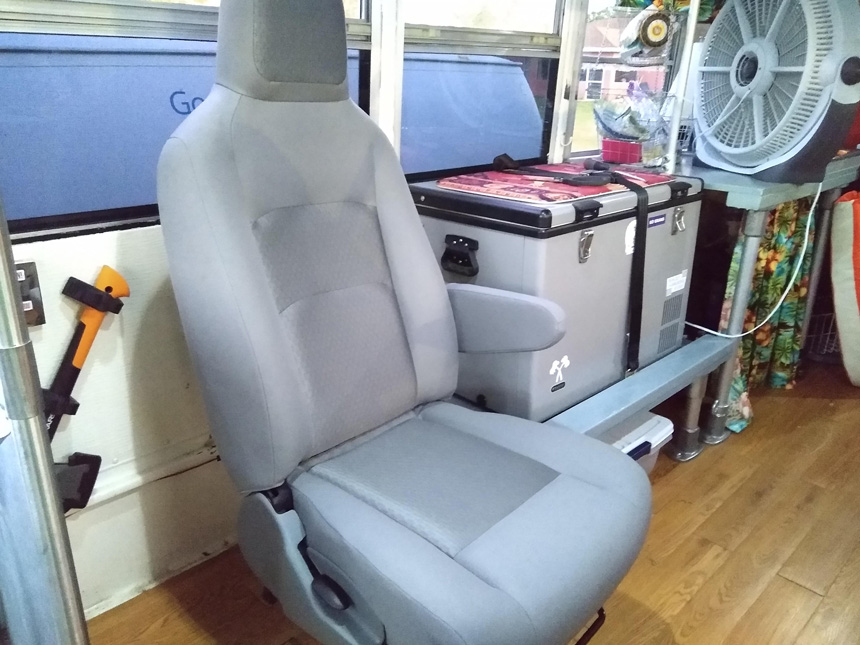 We now have a seat that works well on long drives, and when parked it can be turned around for relaxing. It doesn’t quite reach the kitchen table, but is still MUCH better than the original bus seat. We find it best to make everything in the bus serve more than one function. The new seat had to work for driving as well as being stationary. 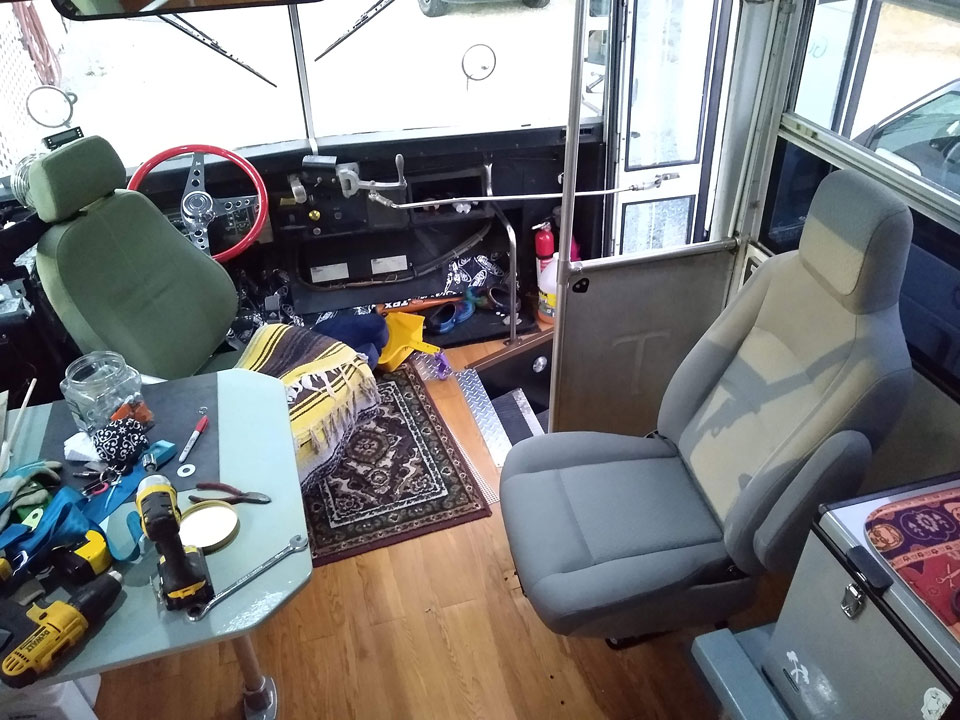 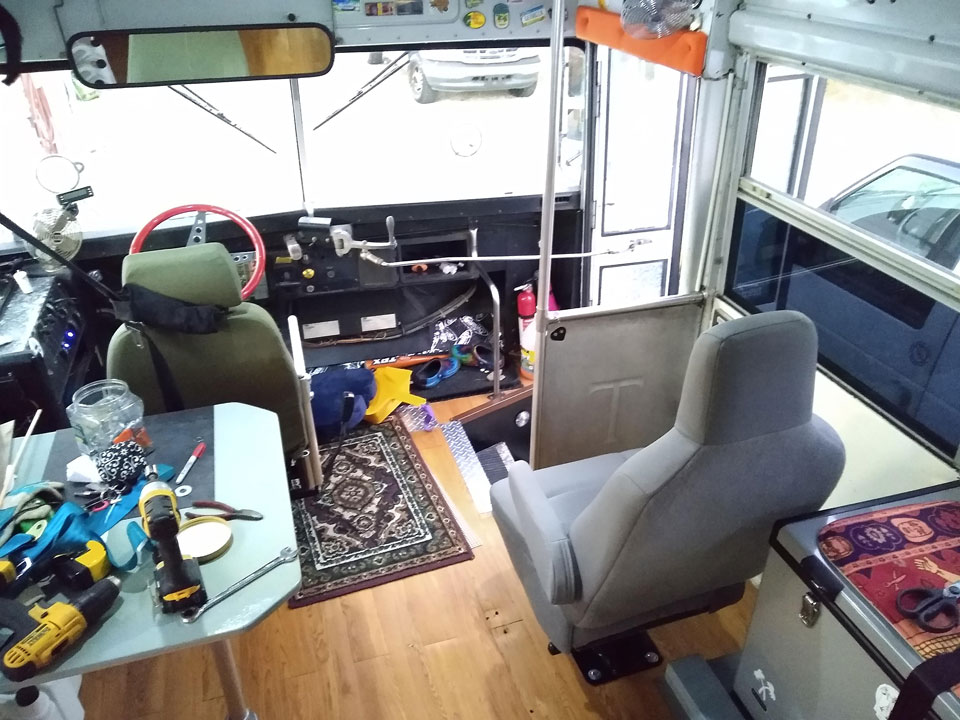 Our Next Skoolie Project

Our next project is removing the small wall in front of the seat. We want to install a fold-down cover for the stairs. While driving it will cover the entry stairs which will give is more leg room and block the stairs so the dog doesn’t fall in. When parked we will be able to lift it up. But that project, and blog post, is for another day.